Nature vs. Nurture: Reflecting on Genetics in the Modern Age of Ancestry Testing 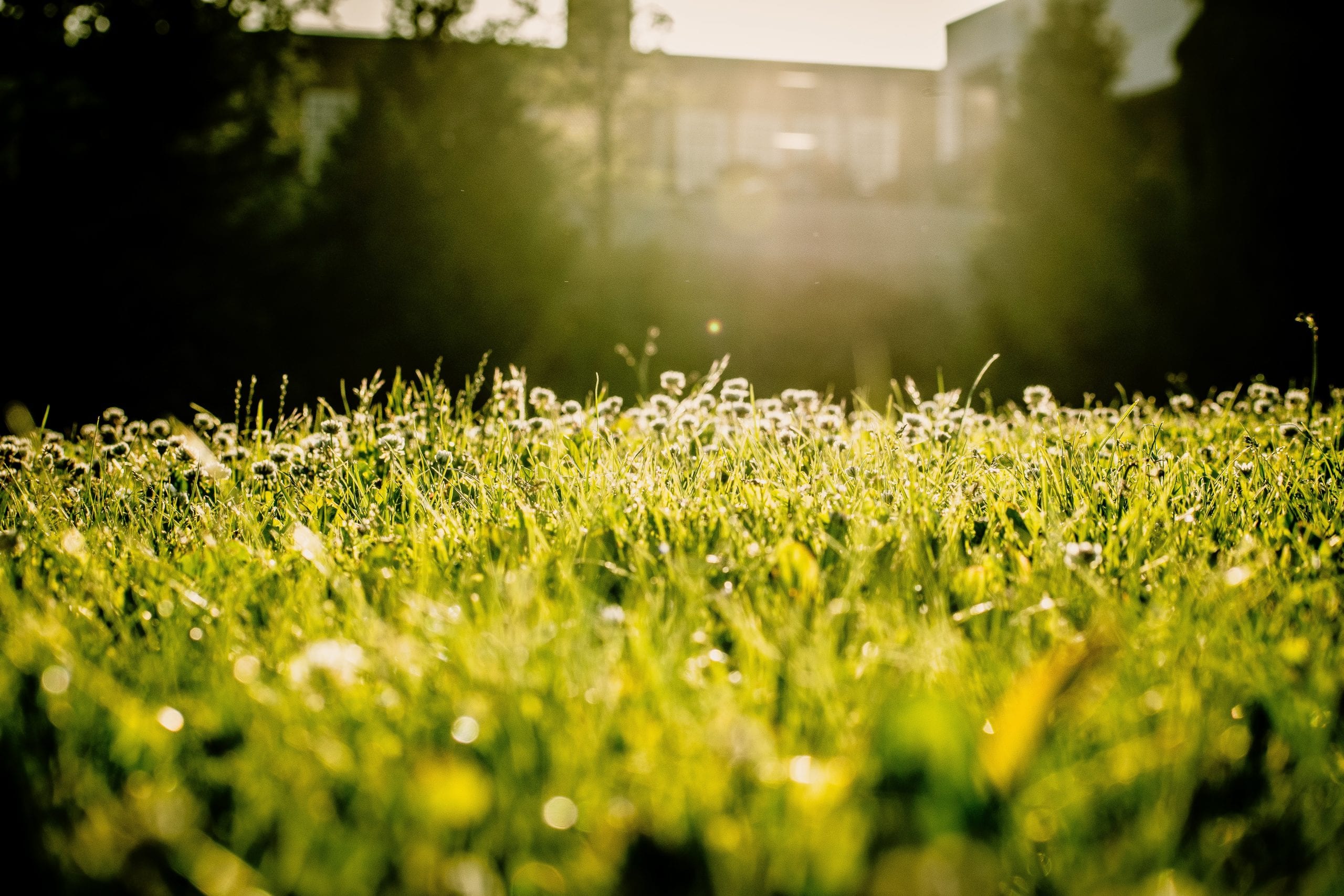 The documentary ‘Three Identical Strangers’ sheds light on an incredible story: identical triplets separated at birth in 1961 for adoption into three different families who found each other accidentally at age 19. America was taken with their story resulting in a media blitz we would now classify as viral. The brothers and their magical reunion was on popular talks shows, morning news, and written up in newspapers around the world.

Only when the frenzy calmed down did the questions start:

Why did the adoptive parents not know there were siblings?

And the story leads to the shocking reveal that they were part of a larger science experiment. Yes – you read that correctly. The triplets were separated as a part of a secret, well-orchestrated science experiment in which the children were placed in different homes deliberately and studied for years with home visits. This was not a one-time decision for adoption placement into homes with loving families, but an ongoing conspiracy with the intent to study nature vs. nurture. Many people willingly lied to the parents and the children involved in order to answer the age-old question: Are we who we are because of our genes or our environment? Even more mind-boggling, the experiment involved not just these three brothers, but multiple sets of identical twins separated at birth and observed for years afterwards. It seems from the documentary that the study was stopped when the story of the triplets went viral in 1980.

This revelation is difficult to digest but a little easier to process if we can imagine that some good could come from this blatant deceit and manipulation of human destiny. This experiment, no matter how ethically challenged, must at least have led to data we could learn from to finally answer the ultimate question of how we become who we are: genes vs. environment; nature vs. nurture? But no such ending to this story. No results from the study have been published to date, the lead investigator has died, and the records of the study are sealed in a vault at Yale until the year 2066.

This story leads me to reflect on other stories in the news about genetics and environment as well as my own field of reproductive endocrinology, which is full of genetics. Family-building options include not only adoption but donor sperm and donor eggs and even donated embryos. In these last three family building options a woman can carry a pregnancy and give birth without people knowing exactly how she conceived. She can raise the child without telling family or even the child about the genetics involved: it can become a family secret. Many of my patients struggle with making a decision to build a family in a non-traditional way. They ask me and themselves questions like:

What will the child be like – is that determined by genetics or environment? Nature vs. Nurture?

How they will feel about the child?

Who will they tell about how the child was conceived?

Will they tell the child and if so when and how?

In In ‘Inheritance,’  a memoir published in 2019, the author, Dani Shapiro, sends off for online DNA testing on a whim and discovers that the father who raised her was not her biological father. Her mother had conceived with intrauterine insemination in the 1960s, and when Dani Shapiro made this discovery, neither of her parents were alive to answer her questions. In her memoir, she reflects on the idea of family identity and what makes her who she is. Her biological father was a medical student who gave a sperm sample, most likely between seeing patients in a time and culture when it was shameful to admit to infertility. In that era, her mother could have been accused of adultery for using sperm from someone other than her husband, and it was assumed that secrecy would be best for all involved – especially the children. I have not witnessed this personally, but it’s my understanding that some clinics in that era used a mix of sperm samples from donors and men with low sperm counts to inseminate partners so no one really knew whose sperm ‘worked,’ meaning no one knew for sure who the biological father was. Family building in the 1960s with donor sperm was based on secrecy, and it’s doubtful that anyone donating sperm or using donor sperm could have envisioned the technology available today that the a click of a button on a laptop and a small amount of saliva in a plastic tube could reveal family secrets held for decades.

Another donor sperm story in the recent news is the fertility doctor in Indianapolis who used his own sperm to inseminate his patients in previous decades. This story originated from a DNA testing website too when people around the U.S. realized their ancestry was not what they assumed. Some questioning, a view of links to other people who gave their DNA to the same website, and an emotional journey led to the realization of what that doctor had done. One excellent article on this topic  reflects on the reality of infertility in the past. A mix of shame, secrecy, inability to freeze sperm samples for later use, and a lack of readily available sperm donors may have led to the doctor’s deceitful solution: rather than telling an ovulating woman that she’d have to miss another cycle while desperate to complete her family because he couldn’t find a donor, he used his own sperm. Immediate problem solved but at what future cost.

What do these stories have in common? Lying and deception in the name of science or an assumption of what is best for other people as well as a group of people who are left picking up the pieces of their identity. How do we become who we are? Are our traits, characteristics, and destinies outlined on the genetic code wrapped around our DNA helix or is our environment in the driver’s seat. Where does that leave our freedom, our choices, our goals of what we want to become?

When the news broke about the triplets who were reunited, the journalists focused on how the brothers were alike: they smoked the same brand of cigarettes, dated girls with the same name, and wrestled in high school. The fairy tale highlighted how similar they were, especially physically, because they shared the same DNA; but the brothers discuss how divergent their lives turned out and reflect on the impact of the different parenting and household environments in which they were raised. The documentary suggests that the brothers were specifically placed in homes with different family dynamics in order to observe how they would develop into adults.

I highly recommend both the documentary ‘Three Identical Strangers’ and the book ‘Inheritance.’ For me, they make me reflect on my discussions with patients. When someone is considering family building with donor sperm or donor eggs, we discuss options for disclosure. Research shows honesty and transparency from an early age is best, and I warn families who say ‘We just won’t tell anyone’ that in our modern age of access to genetic testing there is no such thing as anonymity – these stories make that very clear.

As for nature vs. nurture driving our personality and fate in life – it seems to me like a mix. It’s uncomfortable for many of us to feel like we may not control who we are – that our destiny is set from birth. Studies show we have tendencies towards certain behaviors, but our outcomes are not written in stone. I learned in medical school about the ‘two-hit hypothesis’ in many diseases. People may have a genetic mutation for lung cancer but only develop the disease if they smoke. Others may have a strong family history of heart disease and diabetes but with healthy lifestyle choices avoid the health struggles of their parents.

Genetics may provide a blueprint but doesn’t mean the house must be built. We cannot control who our parents are and what environment in which we are raised. We are who we are based in part on our genetic code and partially our environment but can be the masters of our own fate.

For anyone interested in learning more about collaborative reproduction or third-party reproduction options here are some resources: 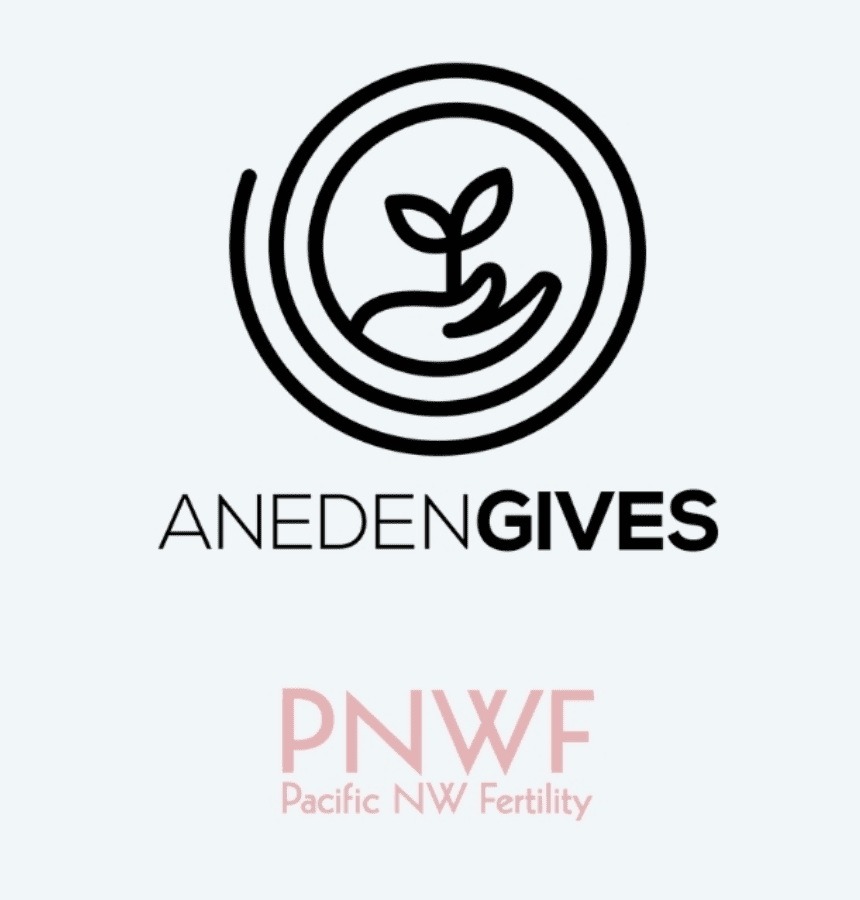 Aneden Gives is a non profit foundation that provides grants to patients for fertility care. We believe fertility care should be accessible to all.

Each grant cycle Aneden Gives offers two $7,500 grants and three $5,000 grants to be used for fertility treatment. Funds can be used to cover anything related to fertility care.

Apply between August 1st - August 31st to be eligible for this grant cycle.