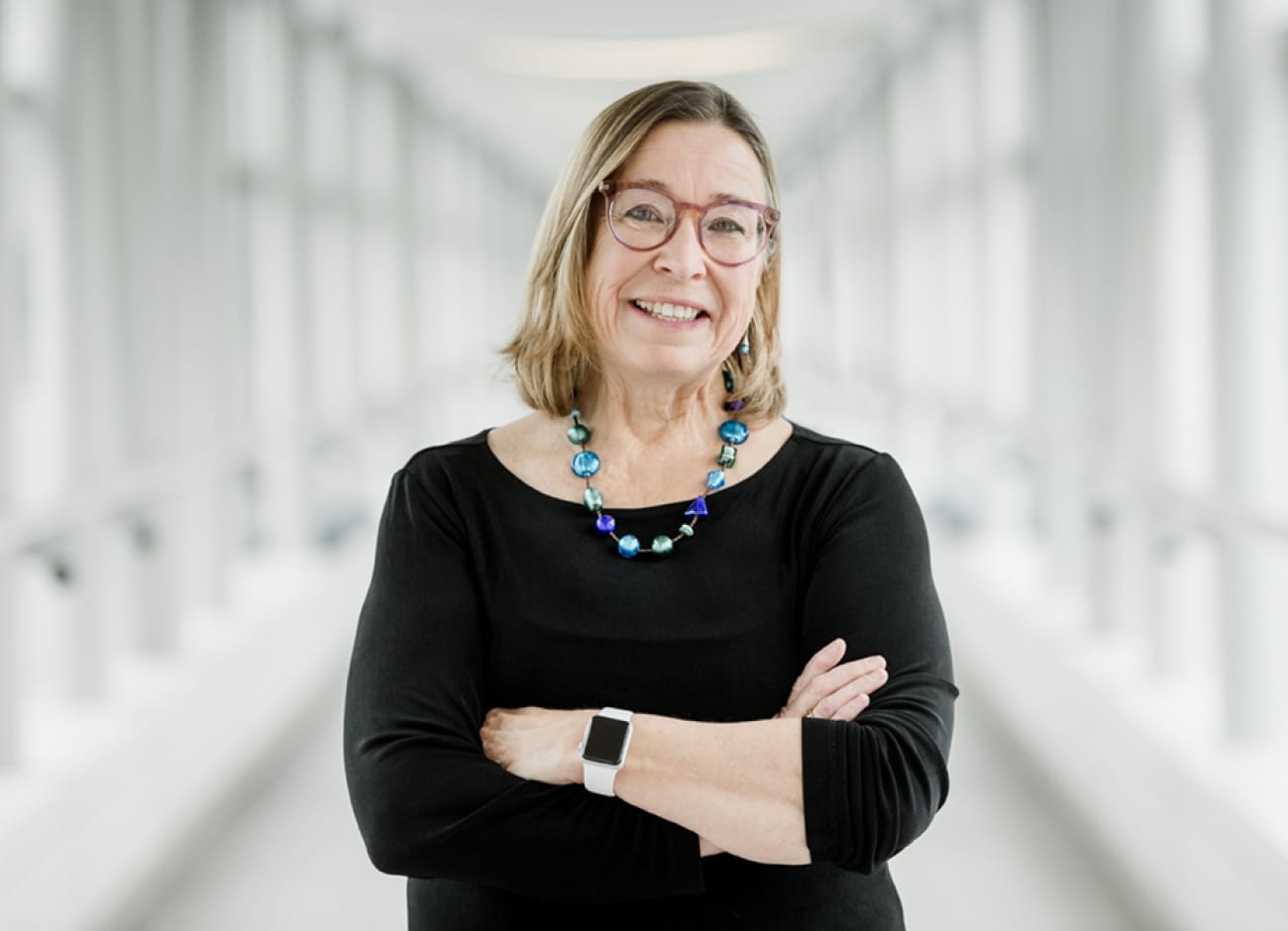 What was the state of LGBTQ+ fertility care in Seattle when you moved here in 1987?

I trained at the University of California in San Francisco. Most people would feel that was a place with the most overt support for the LGBTQ+ community at the time. I just assumed, in my naïveté, that the tolerance of the LGBTQ+ community would be the same in Washington as in NoCal. When I arrived, my practice was flooded with single women & same sex couples that wanted donor sperm. I realized it was because the access to fertility care otherwise was poor, and that there were other clinics that refused to see unmarried women. At that time, “unmarried” was the code word for “lesbian.”

It hadn’t even occurred to me that in the state of Washington there would be providers that wouldn’t provide care for people because they were single, or gay, or unmarried.

How did you respond to that realization – that “marriage status” was restricting access to LGBTQ+ fertility care?

One of my biggest passions and missions has been to provide care for all. That’s central to my practices. Most of the time, women would come by themselves – they wouldn’t come with their women partners, because they were nervous. And they put themselves forward as single because technically they were, because LGBTQ+ marriage wasn’t legal.

We got to the point where we no longer asked anyone if they were married, including heterosexual couples. We minimized the role of marriage in care. People would ask, “Do you care for unmarried folks?” and I would say, “I don’t know, I don’t ask them.”

You came to Seattle to start a fertility program at a larger medical center, and it sounds like you were prioritizing accessible care for everyone there. What led you to start your own practice?

In 1991 I took care of two female physicians who were partners, and they were doing a variation of IVF called GIFT. At the time, I did the ovarian stimulations in my clinic and then took patients to the University of Washington for egg retrievals. Two days before their egg retrieval, I got a call from the head of the department: “Dr. Marshall, I didn’t realize your patient is ‘unmarried.’”

They wouldn’t let you do the procedure there at all?

He said, “I am sorry, but our embryologist refuses to have eggs in the laboratory from unmarried women, and our nurses refuse to assist in the procedure.” I couldn’t believe at that point that there were staff members that could make such objections for caring for, again, the code word was ‘unmarried’ women.

Fortunately, I called the embryology laboratory director at Swedish Hospital (where we are now affiliated), who, without hesitation, allowed me to bring my patient to their center.

The interesting thing was, the surgery that I did required an assistant, who happened to be Dr. Lee Hickok, the other co-founder of PNWF 14 years later. We realized at that time that we shared important values in patient care.

What happened to the couple after the procedure?

They reached out to the Seattle Times, and there was an exposé done on the University of Washington for refusal of care.

What did you take away from that experience?

I realized it’s not just your own beliefs and your own ethical standards that matter; you have to create an environment that is deeply tolerant and respectful of all individuals who are interested in reproducing. It must be a priority to educate your staff to support the LGBTQ+ community as well as intended parents of all ethnicities and backgrounds.

Dr. Hickok and I were like minded, and we knew how important it was that our staff be supportive of the LGBTQ+ community. So any time we interviewed any nurse, nurse practitioner, embryologist, we tell them, “you need to understand that it’s not our right to decide who can be a parent: lesbian couples, gay couples, polyamorous, nonbinary, all people. This is not a negotiable issue; this is what we’re going to do, and we need a team of members that is behind this.” And over the years we have created more formalized education for our staff.

No biases, no prejudices, just a supportive and welcoming stance. And some blunder and make mistakes, but we try our best. Our patients understand that we’re not perfect, but we try our best to be respectful of everyone’s sexual preferences and gender identity. It’s very clear to us that this is the right thing to do, so we just always are committed to doing the right thing.

If you look at programs throughout the country, many still allow egg donors to restrict their donation to specific intended parents–only to Christian parents, straight parents, etc. Right from the start we didn’t do that. Any donor who came in and said they weren’t comfortable donating to LGBTQ+ couples, we said okay, you can’t be a donor. We hate losing an egg donor, but we could not support those choices.

[This answer refers to shared maternity, also called reciprocal IVF or shared IVF, where one female partner provides eggs for in vitro fertilization, and the resulting embryo is transferred to the other female partner.]
As one example, we led the way in our Seattle and Washington community for changing the terminology; we call it “shared maternity.” “Reciprocal IVF” is so clinical; we wanted a term to represent what the intent was, not the procedure. We coined the term for our cisgender female couples, and most of the folks in our community here refer to it now as shared maternity, and on a national level we think it’s catching on as well.

In many places, one parent would be called the donor and the other the surrogate, but they’re not – they’re partners and co-parents. Each parent wants a biological connection to their child. So we have separate consents for shared maternity that don’t designate one parent as donor and one as surrogate; they are both intended parents with a claim to the child.

Most of the steps for LGBTQ+ fertility care are like this – they aren’t major steps, they’re little steps like this, terminology and consenting.

We have been a leader in offering all reproductive services for the LGBTQ+ community for many years. To formalize this, we have just consolidated these into our new Center for LGBTQ+ Fertility at PNWF.

Still, I consider our biggest accomplishment to be a steady, unequivocal support for the LGBTQ+ community. We recognize that there are still a lot of small steps we need to take to move forward in the direction of an even more welcoming and tolerant environment for delivering fertility services.

What are some of those steps that still need to be taken?

One troubling issue is health insurance for LGBTQ+ fertility care. As more states mandate insurance to cover fertility services, the definitions of infertility have generally not been adapted to include the LGBTQ+ community. There are insurance companies that won’t consider that gay men are ‘infertile,’ so they are not included with infertility benefits.

This is an issue I’m currently involved with; I sit on a committee working on a mandate for Washington state employers to provide insurance coverage for fertility services. The language will define infertility as “a person’s inability to reproduce either as a single individual or with their partner without medical intervention.” So, hopefully, this will provide coverage for LGBTQ+ people seeking reproductive services.

Where do you see room for growth with LGBTQ+ fertility care at PNWF?

I would say our care of the trans community has room for growth. We’ve taken care of trans individuals since PNWF opened, but we’ve only recently started freezing eggs and sperm for trans people in a deliberate way. Hiring physicians like Drs. Rothenberg and Broughton, who have a specific interest in caring for the trans community, is part of the process.

I think we have the bandwidth now as providers where we can focus separately on LGBTQ+ care and have a team of people who will not only provide the services in an equal and just way but also make people feel even more welcome.

What advice would you give LGBTQ+ individuals and couples considering fertility care in Washington?

You need to come to a place where you feel welcome. If you don’t feel welcome, there are other places–at least in the Seattle community–where you will.

Also, recognize that while Washington is now a wonderful state in terms of protecting the rights of LGBTQ+ parents, other parts of the country cannot say the same. So even though we think it’s wrong that LGBTQ+ parents aren’t fully protected in the rest of the country and the world, we advise you to see a lawyer to protect your legal parenthood rights

So go where you’re welcome, and don’t be afraid to see a lawyer.

What do you see as the future of PNWF in LGBTQ+ fertility care?

That we continue to be the leader in the community; I feel we have set the tone in Washington – for example, the University of Washington changed their policy many years ago – and led to an accumulation of progress that feels more important than one single step.

We would like to be considered by all to be unquestionably the most comfortable and welcoming place for LGBTQ+ individuals seeking fertility care.

We are proud to announce our new Center for LGBTQ+ Fertility at PNWF. Join us for a free webinar on June 28th, where Drs. Rothenberg and Broughton will introduce the Center and answer questions about LGBTQ+ fertility care. Click here to watch the webinar recording!